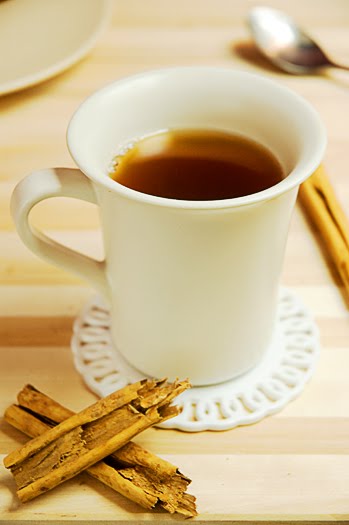 Ok, so this Hot Toddy recipe isn’t necessarily Mexican. I only call it a Mexican Hot Toddy because as a kid, my mom used to make this Cinnamon tea using whole Mexican cinnamon sticks whenever I was sick. I make the tea, just like my mom did only I add a splash of Whiskey Bourbon!

Add water and cinnamon to a small sauce pan. Bring water to a boil and let reduce by a quarter, around 4 minutes. Strain tea with a sieve and pour into a mug. Add honey and bourbon and enjoy!